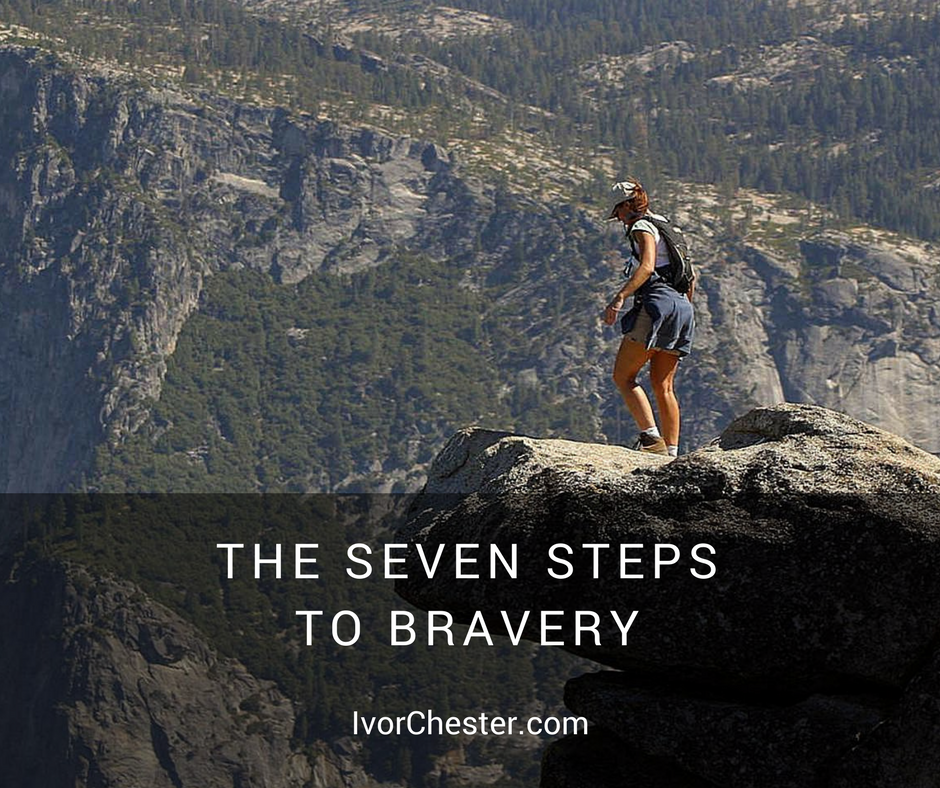 “What’s wrong, McFly…Chicken?” And thus starts the impetus for manipulating Marty. You see, Marty is too busy caring about what others think about his bravery. He’s not really a coward, he’s just putting too much emphasis on other people’s opinions.

Bravery is something that becoming rarer as social skills continue to decline. So, what is bravery? Go look it up yourself, but for the moment, let’s say it is, “Doing the right thing in the face of fear.” Or, “Doing the right thing even when it’s difficult.”
Don’t get all, Lord of the Rings here, though that’s certainly courage, generally, we can be speaking about standing up to an arrogant family member who refuses to understand addiction and just expects you to, “snap out of it.” It could be speaking up for yourself at a job review or making a job change later in life. Maybe it’s not going along with the crowd or saying, “No” at the right time. Whatever your fear, bravery is needed every day to get what you need and deserve out of life and relationships.

Bravery is not the absence of fear, it’s doing the right thing in spite of the fear.

I know you’re frightened, I am too. Yes, right now, as I write this, I’ve got a lot of things up in the air and if it goes wrong, it could affect my wife and kids and my calling. But, this kind of fear is self-induced. Called eustress.  I chose to have this stress in my life to get to where there will, eventually be less.

You ever had an exercise program? That’s eustress. You chose to get up, go to the gym, run around the block. When you make a choice to change for the better there will be resistance, in other words, stress. Because of our programming, we’re naturally repelled by stress. Without training, we will never approach the change correctly and overcome it.

So How to Get Brave?

Inaction is the result of fear and fear is the result of inaction. It’s a frustrating circle and it looks like this: you have something pressing to do, you don’t want to do it so you put it off and put it off for days, weeks or months until it festers and builds its own element of fear in just its presence. Kind of a “Monster under the Bed” thing.

It’s not real, it doesn’t have a real shape or form, it’s not REALLY that bad, but it keeps you awake at night, there with you in the car to and from work and keeps you from getting involved with other, productive activities in life.

In other words, if something requires your attention and you do nothing it’s going to start eating at you and it causes you to make fearful decisions that cause inaction or poor choices that create poor consequences.

So now what? Believe it or not, people are actually more afraid of the fear, than they are of the actual thing that triggers the fear. Remember the famous quote by President Roosevelt, “The only thing we have to fear, is fear itself.” And fear is conquerable.

Enough talk, so how do you overcome fear? These steps are simple, obvious but tried and proven successful.

1. Be intentional-Make the choice to change. If you don’t like the circumstances, why are you tolerating them? What got you here, won’t get you where you want to be. Change cannot happen in your comfort zone, so you’re going to have to be uncomfortable to some amount. Mind over mattress, just get up and do what you want done! Otherwise, how will anything get done?

2. Be informed-Gather information on what you are attempting. Get some first steps and an end-game. Ask around, get a mentor, go to the library. Why leave the comfort of your little world to go to the library? Libraries require social skills to operate and you need the practice, for one. And for another, when you interact with the staff, you’ll get someone else’s experience, knowledge and opinion rather than Google analytics. That will add breadth and depth to your research.
The only warning is, don’t park here. People who succeed, don’t get all the information before they begin, they become informed, start the process and correct as they progress. Remember, the world doesn’t need perfection, it needs people to get things done.

3. Break the task into bite size chunks-No big leaps here…steps, long term goals are awesome but short term goals have to happen first to get there. Also, when you make smaller steps, you’ll be more able to anticipate problems ahead and reduce the possibility or large catastrophic losses if things go south.

4. Practice-Stand in front of a mirror and rehearse. Rehearse introducing yourself, rehearse a few questions to have ready for social situations, rehearse a short sales pitch, rehearse making eye contact, rehearse smiling, while you’re there, look at your “default face.” In other words, what do people see when they see your face “as is?”

Recently, had a great conversation with a young lady who said people would frequently stop her and ask her if she was alright. The repeated questions bothered her until she stepped in front of a mirror and saw her own “default face.” Her eyebrows were knitted together, her lips were pressed together, her affect was pinched. On the inside, she was just focused and in thought, but on the outside, she looked angry, upset and mean. She said she had to work on resetting her “default face.”

Other things to practice include how to approach your boss, how to motivate a coworker, how to change your tone of voice. The purpose of all this is to further your influence with people, rather than just make an impact.

5. Think of the absolute worst case scenario if things go bad. A great many times, things will not get all that bad and the fear of failure is what locks a lot of people into inaction and remember fear is the result of inaction. Here is a good place to use the information you got earlier and assess your situation. Going forward with change can be a frightening thing, no doubt, but it rarely has negative cataclysmic consequences.

6. Do-Eventually all this comes down to the single task of “doing.” The actual art of getting it done comes down to just pointing your body in the direction you want to go and get there. People make much of this, like it’s some type of cerebral, mystic, high-brain function that only the blessed, the smart, the right, the holy, all the other people but you are allowed to obtain.

That kind of nonsense is what talks good, decent, hardworking people into backing off, quitting giving up, not finishing and not really getting to the sweet spot that defines their life. They’re not really cowards, they just don’t understand the mechanics of change and how to leverage it into the next breakthrough.

And so they remain. They remain right where you may be. Stuck. Don’t be stuck…DO! Remember, the life you want will be hard to get to, however, the life you’re in right now, is hard, you get to decide your “Hard.”

7. Do again-When you’ve done it once, you’re over the hump, broke the ice and it’s all downhill from here. Just repeat. If you didn’t get the results you wanted, make your adjustments, consult friends, go back to Step 2 and start again. How many times are you allowed to start again? How many do you need?

Remember, inactivity breeds fear. Be purposeful at a goal and the fear will decrease.

See you out there!