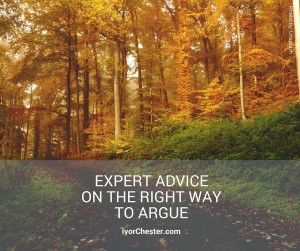 Divide and conquer. Take things on one at a time