If you’re coming back for more, welcome back. My previous post was about the thoughts and belief that has to happen before you go about doing social skills. Social skills are vital to a healthy person, organization and society. But if people just “practice” these skills, like putting on and off a mask, then your being a fake.

You’ve met them, I’ve met them. they’re in our families, in our churches, at our jobs normally in administrative offices that hide behind titles like, “executive chief wanker in charge of things that make the corporation money” or HR. (It’s always fascinated me that most people who occupy the offices called HR – Human Resources, often lack the internal resources to be human. They’re just the corporate footprint in the building. Legalistic bullies. But I digress.)

It is my belief that an emotional tremor, of sorts, has to happen before we can sincerely practice the skill of being social; social skills.

That tremor is, Social Handles. They happen before you pick up the habit of social skills. it’s internal as opposed to skills being external.

So, let’s talk about the Why of social handles for a moment. Because, as it’s been said, Once you know your why, the how doesn’t matter. Your why is to produce a group, a following of supportive friends who surround you in belief.

It has a design that is functional, supportive and dynamic, it’s called a “Social Funnel”.

When social handles are intact, it allows the practice of good social skills but, even more so, it attracts others into your social funnel. However, just adding a bunch of people into your friend list, Where everybody knows your name is a disaster waiting to happen. Certain people get certain access to certain parts of your life. In other words, boundaries, are defined as Levels in this illustration.

If you’re asking,“Why are these levels such a big deal?”

The answer is: there are different behaviors and expectations with each level.

Violate this and the skills for leadership, friendship, intimacy, and communication will suffer. For example, you wouldn’t tell someone in a superficial group about your intimate family issues.

Furthermore, you should be able to open up more around your intimate group than just talk about the weather. This doesn’t stop with just conversational skills, this includes body language and proximity.

The best way to have any kind of functioning Social Funnel is to have Social Handles.

A Social Funnel is a model of a healthy, functioning social support system. Though there are subdivisions, it is normally broken down into three parts.

Superficial – The upper part of the funnel and the largest in regards to the number of people, averaging about 35. You know very little about these people at first. Their place in your funnel is to provide support for that position but to also move to the next level…

Intermediate – Tends to be about 17 people who you’re getting to know better, function in that level, and to move into the closest level.

Intimate – This is a  group of about 7 people who know you, sometimes better than yourself, and they still love you.

People at the top of your funnel, Superficial, come and go because the uppermost boundary of that level is not very rigid. This includes people like coworkers. You have to get along with these people in order to do your job, so you don’t have a lot of say as to who you work with because it’s your responsibility to be appropriately social enough to get the job done.

However, what is your job is who you allow into the next level, Intermediate. Notice I didn’t say, “invite?” You see, when you start to build your social handles you will become more attractive to others. You become, “Socially sticky” . They will want to be involved in your life, and you get to make the choice as to who you allow into the next level. It’s your responsibility as to whom you let through these gates called boundaries and enter into the intermediate level.

If the superficial group has some people in it who you didn’t invite but nevertheless you have to associate with, how would you allow them to gain entrance into your intermediate group?

I know you want me to just say, “trust”, but there is more to it than that. Trust has established expectations that need to be met before people move further down the Social Funnel. These expectations are personal and they are also common or public, meaning there are some behaviors that common society expects of people.

However, there are other personal, private behaviors that you alone get to set as an expectation.

For example, perhaps because you don’t smoke, you don’t want people smoking in your home. You don’t want politics to be discussed at your party. You’d prefer to hug people rather than shake their hands every time. These are expected behaviors.

These expectations need to be discussed in both business and personal relationships.

In business leadership, it helps define the limits of responsibility, safety, and power.

The people at the lowest level of the funnel are Intimate. You have allowed these 7 or so people special access to your heart, your passions, your history and your dreams.

However, be aware that at this level, it is these people that can hurt you the most. In the superficial level, you haven’t invested as much time, emotion, and energy into the relationship, but once you admit them into your intermediate or intimate group, there is a level of responsibility that we accept. If things go bad, we’ll ask ourselves, “Why didn’t I see that earlier?” or “Why did I let them in?”

As I said in my book, Live Your Worth, “Boundaries are more like a series of gates. Some remain permanently open, some closed.”

A healthy Social Funnel is constructed to move people down towards becoming more intimate. This happens because the funnel is porous, or in other words, it leaks. The most vulnerable part of it, because it has the fewest people, is the bottom Intimate section. We feel loss and grief most within this section.

However, the beautiful thing is that the Social Handles enables us to refill this section when it gets low. The Internals give us a belief that we are worthy and able to reach out to someone and bring them closer. When we attempt to engage people, it is appropriate to just go slightly higher up into the funnel. This way, you’re using the boundaries and systems of the funnel to your advantage.

For example, if the number of people in you intimate group is low you would attempt to reach out and contact someone in the Intermediate section rather than the Superficial because people in the Intermediate area have at least gone through the boundary that you have established. It would not be appropriate to bring in people you hardly know into your intimate circle. That’s a safety issue.

People who draw others too quickly into their intimate group often appear needy and will later lament, “Why do people often use me?”

These practices will give you healthy support and show support to others. It illustrates the value you set on yourself.

How have you managed the place of people in your life? 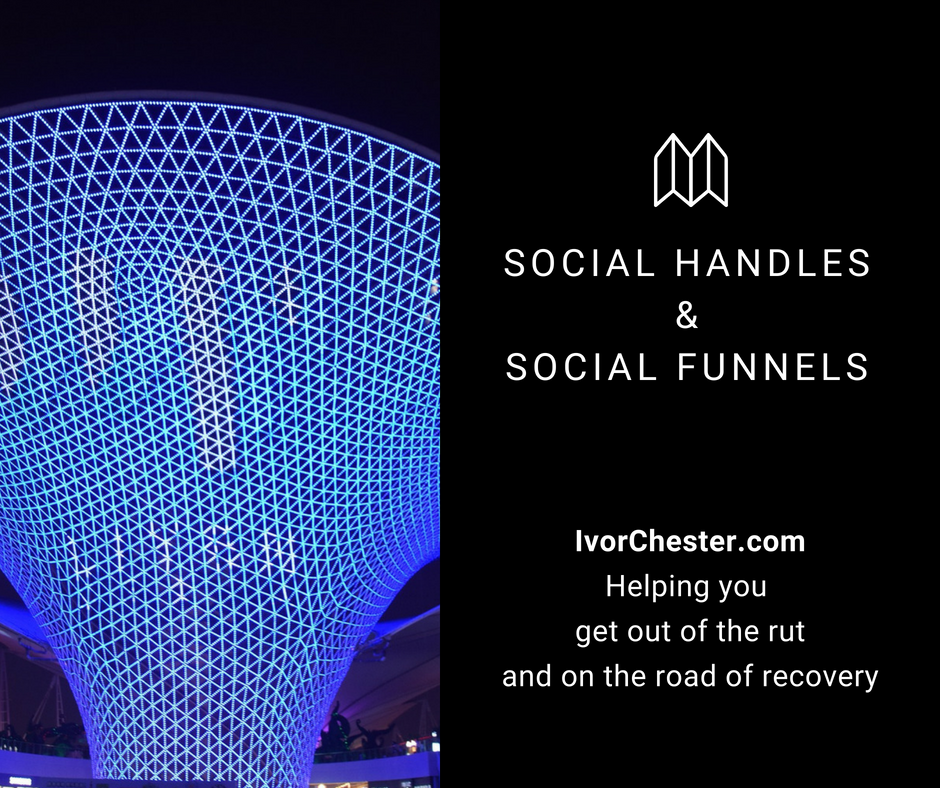