There are people out there who seem to effortlessly float through their lives and automatically pick up others along the way. It’s not just a social skill, but more like a blessing from the gods that shines down on their every effort and grants every wish. They are like a magnet for others. These “Beautiful People” seem to have innate abilities to start any kind of conversation with anybody at any place. They appear healthy, happy and complete.

People backhandedly call these behaviors, “Social Skills”, like flipping a lever or a switch to get a reward. In a more clinical setting, we might call them, “Emotional Intelligence” or “Emotional Quotient.” However, from my observation, they are behaviors even more core and subtle than these and serve as the starting points of those skills. I call them “Social Handles”.

Okay, hold on, I’m gonna get a little techie for a moment, I’ll meet you on the other side of the paragraph.

Social Handles are “Positive core beliefs that become positive practiced behaviors which allow other people to appropriately interact with us. They create ‘Social Action Sites’ that encourage connectivity and engagement with others.”

What’s a “Social Action Site”? A Social Action Site is the point of commonality where people can engage with you. It is the actions, behaviors and emotional position that encourage connectivity and engagement. It’s like having your arms open to encourage others to lock arms with you on life’s journey.

Sure you can practice “social skills” but it’s just that, practice. I see social handles as a belief, produced by programming that is so internal that it is unseen by everyone, even, at first, ourselves. After that social skills, so called, happen as a natural outworking of that belief.

Okay, okay, look at it this way, if you believe you have good friends, you try to spend time with them, right? That belief in your friends creates a behavior that has you seeking out more time with them.

Many people automatically practice social handles, however, people who have stepped into a diagnosis, like a pile of something in the backyard, have no clue how to restart this and make it more difficult than it actually is. Have you ever asked yourself a question like, “How come I don’t have real friends?” or “Why don’t people stay with me?” or ” Why am I alone?”

By just asking that question, you already have an understanding that there is an relational or emotional issue in your life. There is core programming that says, “Something’s missing in my life.”Therefor they

While we’re here, I’m not saying to compare yourself to others, I’m saying to look around and see what type of support you have in your life and is it getting you what you want in your life. You don’t have to look at your neighbor’s  property to know if your lawn needs work.

People who struggle with depression have very little support from their friends mainly because there’s not a lot of them. There is, also, no programming at the core that says there is a problem and additional information is needed to change the belief system. So, there is no change. They isolate further and further because relationships go untended and they have no relational outlet that can bring great joy and happiness.

Life Skills and the Three Components of Happiness

In the How of Happiness, Sonja Lyubomirsky compares the three sources of happiness to a pie with three slices. These include our genetic “set point” (nature), our life situation or environment (nurture), and our intentional activities.

The perfect storm: multiple causes of the depression epidemic.

The depression epidemic does not have a specific cause that we can point to. Instead, it is the result of a “perfect storm,” a convergence of multiple conditions.

Social Handles helps identify this and reestablish these long sought after internal abilities.

In the book, “What to Say When You Talk to Yourself” by Dr. Shad Helmstetter, states, because of the negative programming inside their head, there is no internal belief, which creates negative attitudes, so there is no feeling of ability, so there is no action and there will be no results.

However, if we turn the programming to a positive, we will flip the belief switch on from inability to ability, that will positively affect our attitude, improve our feeling, and create action to get the results we desire.

In an attempt to change surface level issues, people try to short circuit this system by only going as far down as their feelings instead of processing down to programming. That’s like pulling a weed and not getting down to the roots!

Handles are a belief affected by the programming inside our head. If we have poor programming, it naturally works out that we have poor results. I see it every day at the psych hospital, people shuffling up and down the halls, expressionless, hopeless and disengaged from their own life and no desire to engage with others.

In order to regrow these Social Handles, Change is going to have to take place.

Change has Three Parts. The first two are virtually invisible to the casual outside observer.

So, what do you want to change? If it’s a part of your life, you and you alone can make that change.

Over the next few weeks, I’ll be posting more from my upcoming book, “Social Handles”. Don’t miss out, sign up to get updates as they happen. 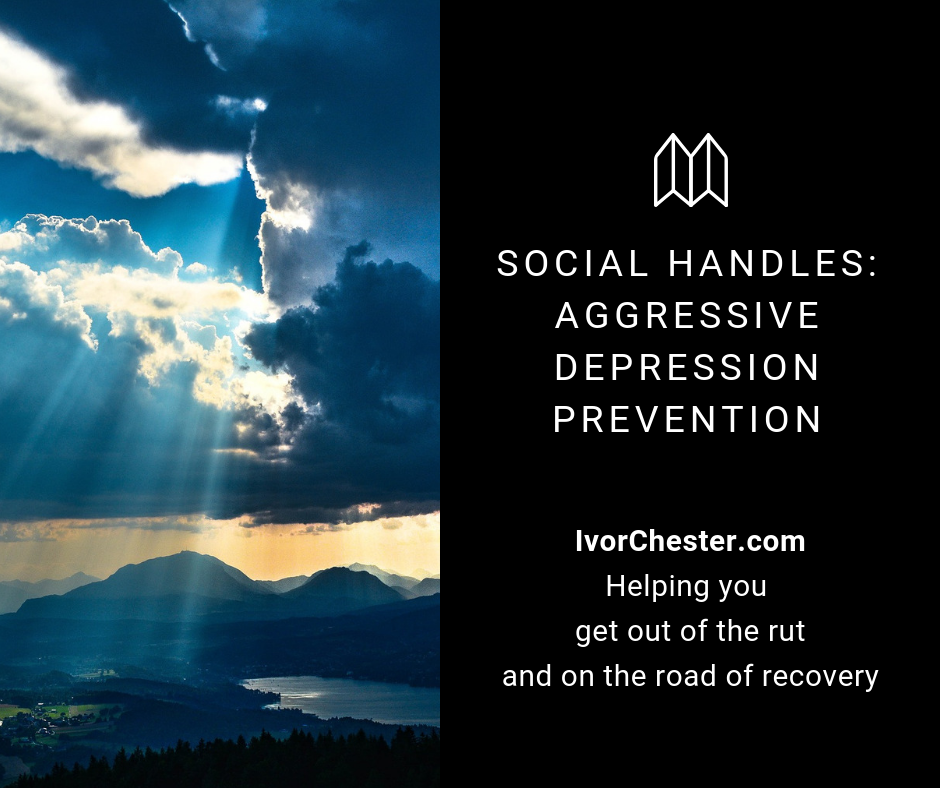