How do you organize your socks? I mean do you roll them up into balls or tie them together?

How do you organize your kitchen? Do you hang your pots and pans or keep them under the counter? Do you have a junk drawer?

How about your music? Got any LPs, 45s, CDs or are you straight digital? Do you organize them by artist, genre and sub-genres or year?

Does it matter? Depends on what type of access want.

I was the 45 buyer at an eclectic record store. A few times a week, it was my job to run my fingers through every inch of stock to make sure we had the latest record and maintained a good stock of older songs. We had them organized by genres and if they were oldies or still on the chart.

Do you remember your last visit to the library? You know, that beautiful place with shelves and shelves of opportunities to change, grow and learn? Did you know as of January 2020, the Library of Congress has over 838 miles of shelf space loaded with books! And that doesn’t include their digital sources.

Shelves of records, shelves of books.

Stored in the same way. All for the same purpose.

The books and the music all had to be organized in order to be accessible.

At the library, it took hours to reshelve a pile of books to make them accessible again.

All this organization boils down to the ability to find it, pull it down from the shelf and apply it to a need.

It requires organization, it requires the artistic to be usable. The Library of Congress organizes its data via the practicality of science. Without which, information would not be accessible.

All this to say:

Music is art, organization is science.

And it is how we organize our music that makes it most effective.

A playlist you create on some device should reflect how you have organized the music internally. If the two are in conflict, then the music will either cause tension and anxiety or apathy. Either way, the music is not being properly leveraged to its greatest potential and the listener it not getting the greatest rewards for their investment of time, money and belief.

For example, I had a client who listened to ambient music most of the time. It was their first choice for any and all tasks at any time of day. She spent a great deal of money on special releases by artists she had heard at conferences, seminars and concerts. Now, understand, there is nothing wrong with ambient music and I listen to a lot of it at the right time and for the right purpose.

However, she was listening to it at all hours, for all tasks. Her reason was, “It keeps my stress down.” A good reason, but she had also returned to school as an older student, wanted to work on not being an introvert and get out to the gym. She came to me as a coach, to help her make her goals but when we examined her calendar and daily routines, it became clear, she was not motivated or driven to make the change.

She was given the Music Awareness Tracker, my assessment tool to better understand people’s music choices and we created a series of playlists to move her through her daily routine from getting out of bed when the alarm sounds, getting ready for work, driving through traffic, staying focused at work, the drive home, evening routines and gearing down for sleep.

Weeks later, after tweaking a couple of her playlists, she reported she was making progress towards her goals and had improved her social outreach.

I had another client who has dealing with muscular dystrophy and due to his schedule had to devote a set amount of time in the gym. Though he had a trainer, occupational and physical therapists, he had trouble breaking through set goals for stamina and weightlifting.

When he was recommended to me by the physical therapist, he was also given the Music Awareness Tracker to fill out. With the information he had gathered during the 2 weeks required by the assessment tool, I was able to adjust his productivity in the gym, increase range of motion and stamina.

He now spends less time in the gym but has exceeded his goals and has more time for things like his family and hobbies.

All this comes from the proper synchronization of the music in a person’s mind with the playlists of they create for their daily listening.

When I’m addressing patients at various rehab and psych hospitals, I encourage them to create a “Bag of Tricks” that is readily at their fingertips when the meds fail, when the crap hits the fan and people don’t believe in them.

The more support they have from a variety of sources, the less chance that setbacks will be as catastrophic.

What music have you put into play in your own life to stand in the gap in tough times?

Music is a powerful part of the creative process that speaks straight to our desired goals by working with what we already have to get what we really want. 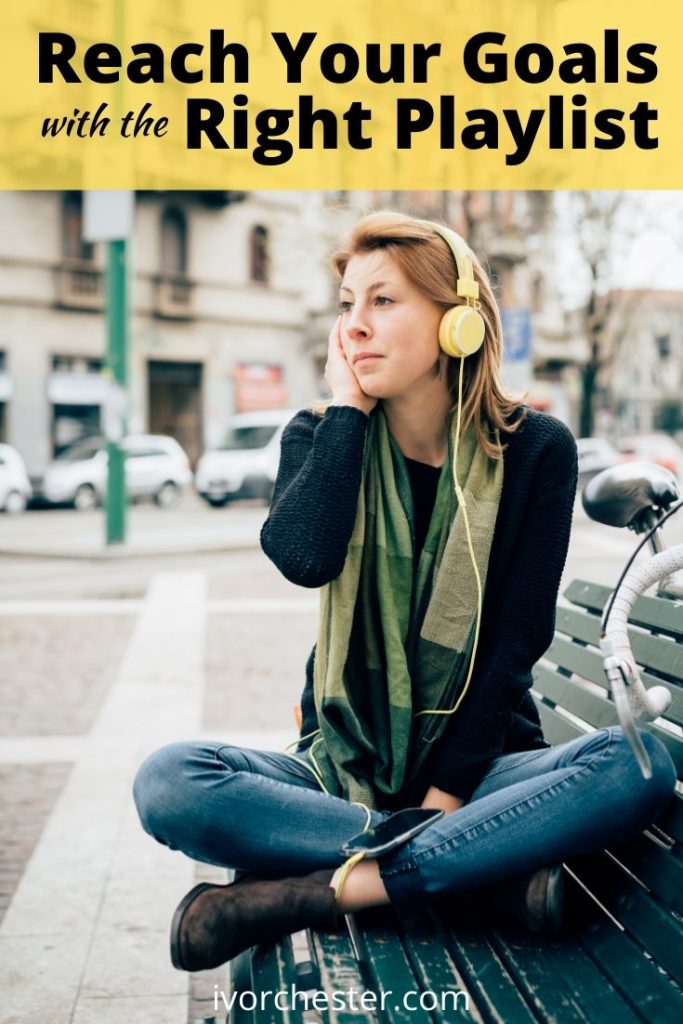